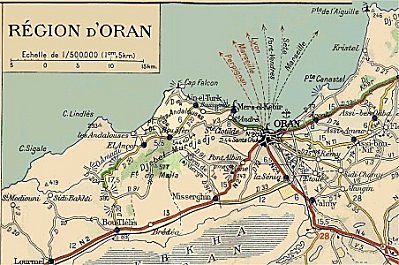 Casagrande: From Europe to North Africa, headed for the USA. 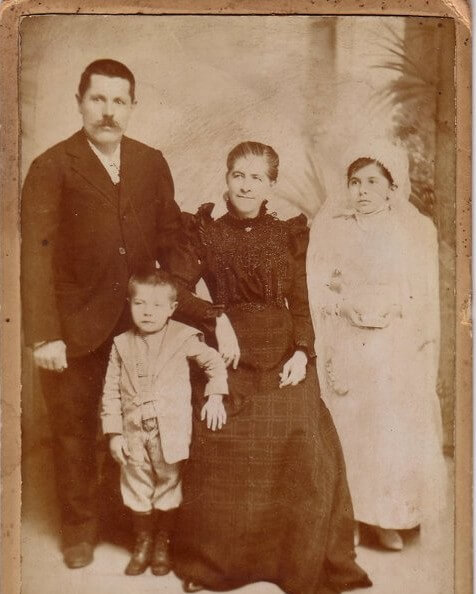 In 1867 our paternal great-grandfather Pietro Casagrande came to Algerie Francaise from Venice, Italy, orphaned at age 17. There in French Algeria, known as the European melting pot of the Mediterranean, he transplanted our Italian family roots into this new French colony.

These were prosperous times in farming and industry for the "colons" in Algerie Francaise; our Pietro soon found opportunities in the western boom town of Oran (a very Spanish enclave).

This despite the fact that most Italians ended up living in or near Constantine, a city near the eastern border of French Algeria whose population was largely comprised of Maltese, Corsicans and Italians - pure-blooded mainland Frenchies were the minority there. Immigrant ethnic clustering was quite common in Algerie Francaise,(Italians to the east, French in Algiers, Spanish to the west in Oran and beyond) Our family ended up as a mix of all three...

Pietro was ill-fated to marry twice, his first wife having passed away after the couple suffered through several infant deaths. Much later, in 1886 he married again to Antonia Josefina Fuster. Josefina's parents had emigrated from Barcelona, Spain to French Algeria. "Et Voila" - this was the beginning of "La Famille Casagrande en Afrique". A long and happy time of 3 generations in Algerie Francaise was just beginning.

Pietro and Josefina became naturalized French citizens, later opening a small épicerie (grocery store) in their neighborhood. Josefina was an excellent businesswoman and their little épicerie did well. They had two children together, our great aunt Marie in 1891 and our grandpere Michel in 1895.

Great Aunt Marie married a French emigree named Gustave Grimaud, a carpenter and woodworker and they had several children together. She remained very close with our great-grandfather Pietro and her brother Michel (my grandpere Michel) - and she took care of Pietro after Josefina died suddenly in 1929.

Grandpere Michel, a longtime bachelor, finally settled down in his mid 30's and married Adrienne Paulin, and our father Pierre and our Uncle Jean were born, 9 yrs apart in age. Pierre served in the French Army and then married Josette Jonca, our mother. Our brother Michael, the last Casagrande to be a French citizen by birthright, was born in November of 1954.

But after World War II, there was the beginning of serious political unrest amongst the indigenous Berbers (Kabyles) and Arabs who comprised the majority (10-to-1) population in Algeria. Our growing extended families, after having enjoyed relative peace and prosperity for almost 90 years in Algeria, watched with alarm the violence leading up to the Algerian War for Independence (from 11/1954 - 03/1962).

Finally, the atrocities of this War for Independence made even the die-hard "pied-noir" European Algerians see that the end of French colonialism in Africa had arrived.

Over the 7-yr period of the war, appalled at the violent deaths of thousands of innocent civilians (on both sides, including friends and relatives), members of our extended family (the Grimaud's, the Jonca's, the Paulin's, the Chatail's, and many more) began to emigrate back to France, Spain, Italy etc - but in our Casagrande case, to the USA.

Simultaneously, there also emigrated over 800,000 pied noirs, now left homeless, and after the costs of the relocation, in many working class and poor families almost penniless. Sad to say, they now found themselves unwanted in their homeland of France. Oui, le Patrie. Unlike the rest of French-controlled Africa, Algeria was officially incorporated into France from 1848 until its independence in 1962. And now they found themselves unwelcome memories of colonialism in France, politically and socially disdained by the Socialist-leaning intelligentsia of the 1960's. Even President Charles De Gaulle (France), brought back to power by the Algerian voters and the French Army generals stationed in Algeria, had lied to and deceived the pied-noirs; they would never forgive him for the Evian Accords of 1962. 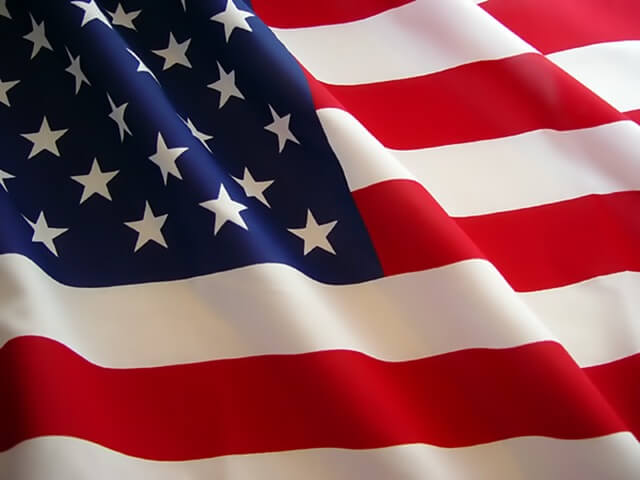 After securing US Visas and with American sponsors already approved here in the USA, in June 1955 our parents (Pierre & Josette Casagrande) and baby Michael(6 mos old) left Oran, Algeria by boat to Cannes (mainland France), from there to depart by the cruise liner SS Cristoforo Colombo (trivia fact: this was the sister ship of the SS Andrea Doria that sank off Nantucket) headed for New York City.

Pierre and Josette immediately left NYC for their destination via Greyhound bus; they were headed for the famous Latin Cigar City - Tampa, Florida. This was the home of their US citizenship sponsors (George and Betty LaRue - George was a US G.I. who had been billeted in our grandparents home in Oran during the US WW II occupation of Algeria).

In 1957, sponsored by our parents, the remainder of the Casagrande clan (my grandmere Adrienne, grandpere Michel Casagrande and Uncle Jean (18 yrs)) emigrated to join us here on Linebaugh Ave in Tampa, FL. Uncle Jean married a US citizen (our Aunt Juanita) and they had two children, our cousins Paul and Marie.

Your humble author, (Mark Paul Casagrande) was born a few years later in 1959, the second child of Pierre and Josette Casagrande, the first Casagrande US citizen by birthright alone. The youngest child of Pierre/Josette, our sister Anne Josette, was also born a U.S. citizen here in 1964. Our brother Michael married Virginia Sanders in 1977 and had 2 children, Chris and Lisa. I (Mark Paul) married Melanie Jane Calzon in 1981 and we had 2 children, Carlo Paul and Anthony Joseph. Anne married Jose DeLaFuente in 1998 and they operated the family business along with brother Michael; until his death on April 27, 2017 and our Maman Josette, who passed away on September 12, 2016. Our father Pierre was the first to die in June 2008, and he was missed greatly by us all.

So there it is, a brief recounting of our Euro-mixed pioneering family history across 3 continents, over the course of 150 years. The saga ends here - in the ultimate land of opportunity - God Bless the United States of America !

At the bottom of this page, is a musical/pictorial collage video about the forced exodus of the Pied-Noirs from Algerie Francaise. It's in the French language; I'm sorry, but no English translations were available. But I think you will see the emotion of those who were forced to depart their homes written in their eyes.